A 4-day trip departing from Milan and heading through the northern and northeastern areas will give you a thrilling introduction to some of the country’s greatest sites, but Italy has too many amazing sights and activities to see in a single week. A perfect fusion of historical monuments, works of art, mouthwatering cuisine, and stunning scenery can be found in seven distinct places. With coach transportation, you may travel back and forth between locations swiftly and comfortably, allowing you to spend the most of your time sightseeing. These five days in Italy, which include two nights spent in a hotel, showcase the major towns and cities in the northern half of the nation, from holy places like Milan to culturally rich Bergamo and beautiful Venice.

If you just have one day in Milan and want to get the most of it, you might want to think about joining a walking tour led by a native. One of the most thorough and well regarded city tours, it takes roughly 3 hours to see all the major sights.

No visit to Milan would be complete without taking in the majestic gothic masterpiece known as the Duomo di Milano, which took many centuries to finish. The Duomo is sometimes cited as the sole purpose for visiting Milan.

In high season, if you just have one day in Milan, you’ll probably spend a lot of it in line to enter the cathedral. I’ll let you decide if it’s worth going inside if it’s crowded because its exterior is far more spectacular than its inside.

When visiting Milan, you really must stop at Galleria Vittorio Emanuele II, Italy’s oldest and arguably most luxurious retail center. The grand glass-topped gallery from the 19th century has long been a meeting spot for the Milanese bourgeoisie and a place to be seen and be seen.

Several cafes and restaurants are located within, some of which are as ancient as the gallery itself. Try to take in the fact that Biffi and Savini have been operating at this location since 1867—more than 150 years—as you sip your morning coffee there. Who knows, perhaps Verdi, Puccini, Charlie Chaplin, or Frank Sinatra are seated nearby.

The bustling Galleria Vittorio Emanuele II is home to some of the most costly fashion retailers in the whole world. Here are the flagship stores for brands like Louis Vuitton and Prada, all of which have the same classy black billboards and golden letters that are a requirement for every company in this collection.

I’ve seen various Lake Como itineraries that go to Bellagio, Varenna, and Lake Como, but this makes for a very long and full day. You can do it, but in my view it will be much more enjoyable to spend your time in Bellagio and extend your day to include Como.

Spend the morning at Bellagio. You will be able to explore the streets without throngs of people if you can arrive before 9 am. Visit the Basilica of San Giacomo, wander around Melzi Gardens, go shopping, and spend some time at Pescallo, a charming fishing community. Visit a café outside for lunch.

The Upper Town was the only thing on our shortlist of the best things to do in Bergamo in a single day. However, if you want to stay longer in the city, you should add the Lower Town to your schedule as well.

I adore Italy for a variety of reasons. One of them is breakfast. It’s astonishing how filling and delicious it can get. Breakfast is more of a huge thing in the North of Italy than the South, as we have learned. Bergamo cannot, therefore, be an exception. Visit Murumuru Cafe early in the morning for an amazing menu delectable treats; you’ll thank me later.

Walk around the Venetian Walls

Bergamo Alta is completely surrounded by sturdy defenses that were built in 1561 by the Republic of Venice. There are four gates around their perimeter, which is more than 5 kilometres long. The walls serve as the Upper Town’s and Lower Town’s physical separation.

They have been recognized by UNESCO as a World Heritage Site since 2017, together with other dispersed 16th- and 17th-century Venetian defenses. One of the nicest things to do in Bergamo is to stroll around the nearly preserved Venetian walls. It is sufficient to state that the vistas along Viale delle Mura are truly breathtaking.

It is really enjoyable to stroll about the San Vigilio Castle ruins, especially at noon. Have a lunch at one of the eateries close to the funicular station on the hill is an option if you’re feeling very sentimental. The vistas are stunning, but they are not inexpensive.

Before beginning a day of touring in Venice, have breakfast at your hotel. Definitely recommend booking this free tour early in the morning or late in the evening. The walking tour leads you to the Piazza San Marco, where you may enter St. Mark’s Basilica without waiting in line thanks to your skip-the-line reservation and see the wealth that Venice amassed in its glory. You’ll also stop at the well-known Rialto Bridge and the neighboring Doge’s Palace. On your own, go sightseeing in the afternoon. Take a leisurely gondola ride along the Grand Canal, or browse for cheap Murano glass. After dinner, go back to your hotel and enjoy the rest of the evening as you choose. 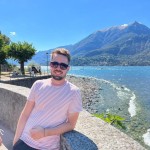 A Nomad WordPress Developer who absolutely loves spontaneous roadtrips, iconic city breaks and unforgettable hiking experiences. Living my life at fullest, exploring the raw nature whilst coding remotely my way out. Check out my life experiences for more tips & tricks.

Created with love and passion by Costin Botez
I use cookies on my website to give you the most relevant experience. By clicking “Accept All”, you consent to the use of ALL the cookies.
Cookie SettingsAccept All
Manage consent

This website uses cookies to improve your experience while you navigate through the website. Out of these, the cookies that are categorized as necessary are stored on your browser as they are essential for the working of basic functionalities of the website. We also use third-party cookies that help us analyze and understand how you use this website. These cookies will be stored in your browser only with your consent. You also have the option to opt-out of these cookies. But opting out of some of these cookies may affect your browsing experience.
Necessary Always Enabled
Necessary cookies are absolutely essential for the website to function properly. These cookies ensure basic functionalities and security features of the website, anonymously.
Functional
Functional cookies help to perform certain functionalities like sharing the content of the website on social media platforms, collect feedbacks, and other third-party features.
Performance
Performance cookies are used to understand and analyze the key performance indexes of the website which helps in delivering a better user experience for the visitors.
Analytics
Analytical cookies are used to understand how visitors interact with the website. These cookies help provide information on metrics the number of visitors, bounce rate, traffic source, etc.
Advertisement
Advertisement cookies are used to provide visitors with relevant ads and marketing campaigns. These cookies track visitors across websites and collect information to provide customized ads.
Others
Other uncategorized cookies are those that are being analyzed and have not been classified into a category as yet.
SAVE & ACCEPT